Thejus Swamy is a busy man. He’s a father of two. “We live in Edmonton and I have a 6 and a 3 year old” explained Swamy “how I (we) raise our kids is to keep them active.” Active also describes his career path in the automobile industry.  He’s the Vice President at GO RV.  “I was a lot attendant at 14 and started detailing cars” said Swamy.  Not to mention also delivering pizza’s to make extra money.  “I worked my way up to assistant manager, used car manager, new car manager and eve

ntually landed as the VP of GORV.” It’s been quite a professional journey for the now 33 year old.

He’s come a long way in a short time and his memories of Sport Central prove that…especially when he thinks back to his days literally growing up around the corner. “I have two brothers…one older and one younger.  My dad is Somalian and my mom East Indian and we lived in the Montrose area which is just off 118th avenue” explained Swamy “my parents worked full time so my brother and I often would go over to Sport Central.  We would get skates, hockey sticks, roller blades it was like Canadian Tire for me.  We would walk over there and the people were really, really kind and good to us.  They were so enthusiastic to get people like me into sports.  They wanted to make sure you got the right skates or the right set of gloves. They treated you like you were special!” 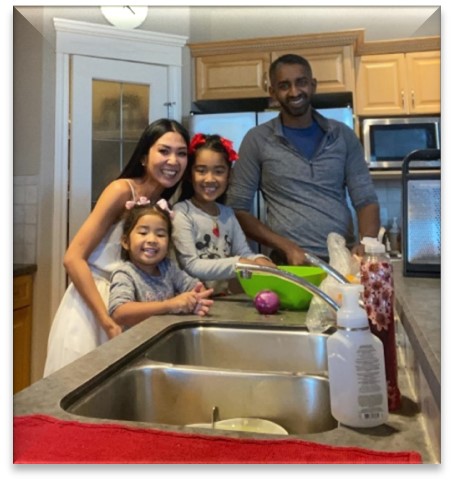 Life was far from easy for the Swamy family especially when his father left.  “I remember my brothers and I wanted to play sports but we didn’t have the money.”  “We never asked my mom because we barely had enough money to pay the mortgage and we didn’t want to break her heart and have her feel like she couldn’t provide.” It’s been a different story for his kids. “We’re lucky that we can provide more for them than we had as kids”, explained the automotive executive, “but we always remind them to share because there are less fortunate people out there.”  Thejus feels it is important to teach his kids to “be humble, be ambitious, but most of all be kind.  You never know someone’s story or what they have been through or had to overcome.”

Thejus Swamy’s story is about doing it the old fashioned way and having to work hard to earn what you get from life.  From his school days in elementary and junior high at Montrose and Newton to high school at O’Leary and Concordia Private School.  There was the management program he took at Grant MacEwan. School by day selling cars by nights and weekends.  Swamy had “a lot of gas in the tank” to build a better life.  He built it thru cars and vehicles but “didn’t put the brakes on” joining the Champions Club.  For him it was an “automatic” yes.  “When I saw the invitation come out it was a no brainer to help and give back” explained Swamy.  “I can genuinely say I remember it like yesterday, how authentic and genuine the people were at Sport Central in helping someone like myself to develop my awareness of self-worth.” 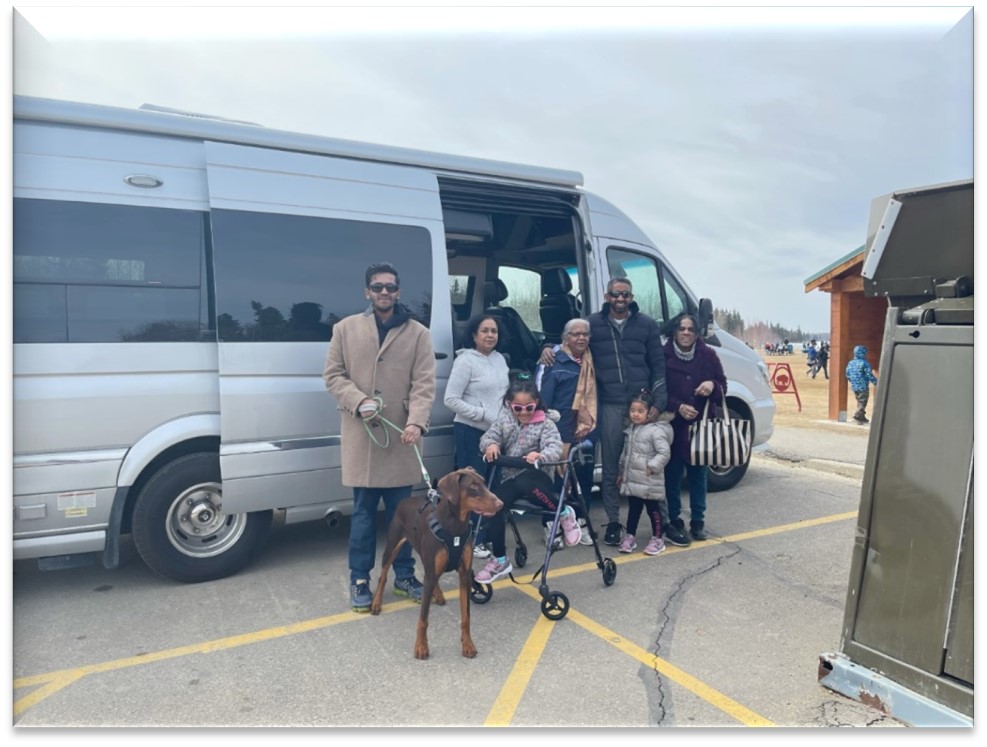 He stopped going to Sport Central around the ages of 14 to 16 but nearly two decades later he remembers the impact the volunteers had and still have on him and his life.  “I hope the volunteers realize the positive impact they made.” said Swamy.  “It helped steer kids, like me, in the right direction. Sport shows you another road you can travel to a different path in life.”

A path paved with hard work, commitment and the desire, for Thejus Swamy to give back to Sport Central, and set the standard for becoming a Champion’s Club member…