Chances are you know Terry Paranych. You may have coached or played against him; maybe he sold you a home; or maybe you met him at a charity event or at an Edmonton Oilers or Edmonton football game. Even if you’ve never met Terry, as a household name in Edmonton, you feel like you know him because you’ve either heard his ads or seen his billboards around the city. Terry is a tough guy to miss as his “Location, Location, Location” is, and has always been, Edmonton. 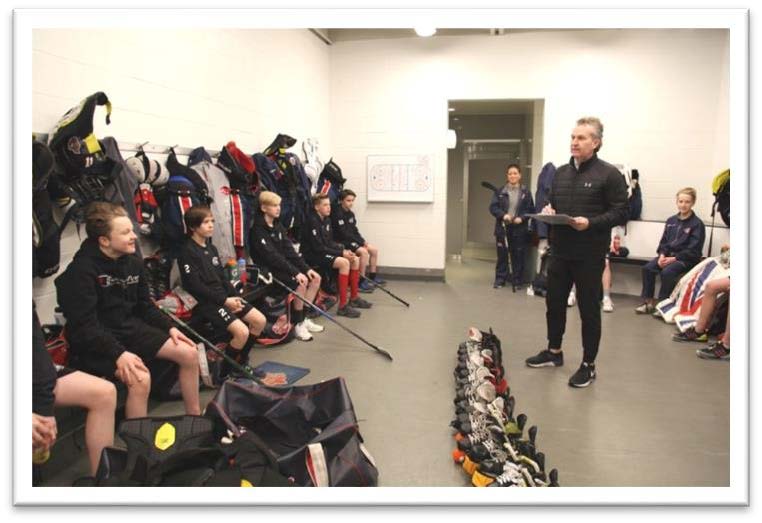 “I was born and raised here,” explained Paranych, “my parents started on the farm but ultimately ended up settling in the northeast community of Belvedere in the late 1960s. I loved growing up on the North Side.”

As a kid, Terry also loved sports and mainly played hockey and baseball until he started getting his “kicks” from soccer. “A bunch of us used to play soccer at recess, and Garth Lubkey (Soccer Director and volunteer in Belvedere) started a soccer team when I was six,” said Paranych, “by the time I was fourteen, I got recruited by Ben Raimondo and ended up playing for The Strikers and then Victoria where we won the Western Canadian Championships.” Terry also did a stint with the Ital Canadians and was honoured to be selected by team Ukraine. “The highlight of playing for team Ukraine was that no one expected us to win a game. We weren’t even on the radar, and we went on to win the 1986 Outdoor Mini World Cup.”

Soccer by summer, and hockey by winter, Paranych wanted to take his shot at furthering his career on the ice. “I played for the Maple Leaf Athletic Club, but then I suffered a really bad wrist injury in a car accident when someone crossed over the centre line and into our lane,” said Paranych, “I missed over a year but battled back and went on to the Yorkton Terriers of the Saskatchewan Junior Hockey League.”

However, nearing 20 years old, Terry realized after a few short weeks that it was time to come home and take care of his family. “My dad’s health was not great, and I was out of work,” recollected Paranych. While living with his mom, dad, sister, and Baba (Ukrainian for grandmother), Terry knew it was time to start making a living. “I got a job at the first John Forzani’s Locker Room at Kingsway Garden Mall. My intention was just to work part-time, go to NAIT and maybe play hockey for the Ooks”, explained the 55-year-old, “but Forzani’s offered me a full-time job.”

As Terry displayed a passion for selling sporting goods and working with people, it wasn’t long until others began to pick up on his natural talents. “I sold a pair of shoes to a fellow who was a sales manager at a car dealership. After spending a few hours with him, he couldn’t believe what a great salesperson I was,” laughed Paranych, “that’s when he told me I could go from making $1250 a month to $60,000 a year and offered me a job.”

After enjoying a successful few years at the dealership, it wasn’t long before Terry’s next opportunity arose, this time in real estate. “By the time I was 24, I had read a lot of books on how to become successful by buying real estate,” said Paranych, “after buying three rental properties, I knew this was the path for me and got my real estate license in 1991.”

By Terry’s third year in real estate, he was awarded #1 agent in Edmonton. A short time later, Terry was recognized as the #1 agent in Canada for RE/MAX, a title he held for several years, and one of the top five REALTORS® in the world within the RE/MAX international system. Terry and his team have since gone on to sell over 10,000 homes in Edmonton and area. 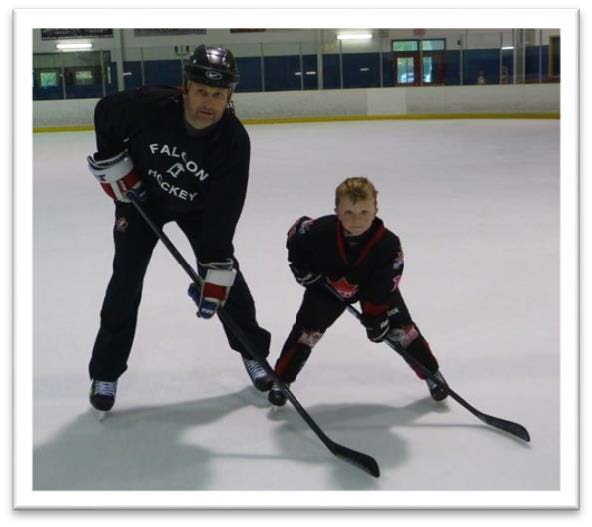 His career was taking off, but he never forgot about his humble beginnings. The more he earned, the more he wanted to make sure to help in the community. “I remember an early visit to the Stollery Children’s Hospital,” recounted Paranych, “it touched me, seeing that a lot of people (kids) had it harder than I ever did. Even though we didn’t have a lot growing up, I always tried to help out. I always tried to share as part of a path of giving back.”

Listening to Terry tell his story, everything was great on the outside but not on the inside. He had chased success and found it, but something did not feel right. The man who coached and mentored not only countless business professionals and athletes, but anyone faced with personal struggles or hardships, was now the one who needed help. “I struggled with alcohol. I would coach people in real estate by facilitating large seminars and workshops on how to be successful, not just in business but in life,” explained Paranych, “I would then go back to my hotel room, get very emotional and start crying.”

“I went and talked to someone because I couldn’t break this pattern,” he continued, “I called it the shadow effect. This shadow appears on your shoulder, and you wonder what it’s doing there? I had to peel back the layers of the onion and work on finding out what was wrong.” He has certainly done that, thanks to his own efforts and those of his wife, Heidi, who is Terry’s partner in a successful real estate development company. Together they have two kids Matthew and Abby. “Life is good, really good,” and that’s how Paranych wants it to stay.

It is through his own personal struggles that Terry finds a passion for mental and life coaching, where “It’s ok not to be ok” is a saying he often shares with those he mentors. As a highly recognized hockey coach and regional scout for the Brooks Bandits of the AJHL, Terry also continues to indulge in his love of hockey and giving back to the community. 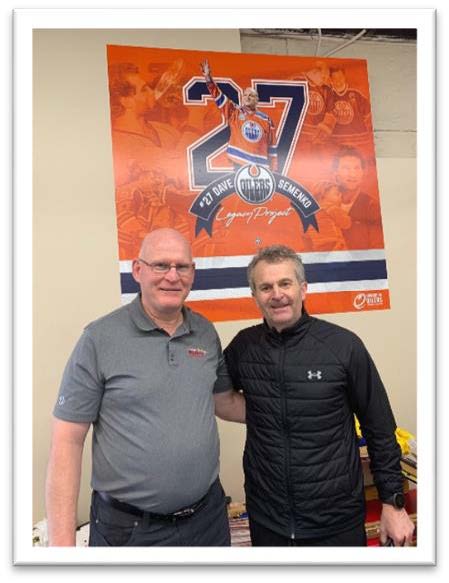 Prior to Champions Club, Terry had already been involved with Sport Central and the “Put a Lid on a Kid” program in honour of one-time Oiler, Dave Semenko. The former tough guy took his real estate course with Paranych and the two became good friends. “When Sport Central started, I talked to Bill Comrie about it. I looked at the values of Sport Central, the opportunity to put smiles on kid’s faces when they got a bike, skates, or a helmet”, Paranych continued, “much like when I was a kid, a lot of families can’t afford it. You can help shape their children’s lives to become a doctor, a teacher or a nurse one day… It’s great what Sheldon Oleksyn (Executive Director – Sport Central) and the team do over there…when I heard about the Champions Club it took ten seconds and I was in!”

In the end it was an “Easy Sell” to get Terry Paranych to “Buy In” to the Champions Club.