GS Construction – Building for the Future

Terran Sandwith was 5. That’s how old he was when his feet, or skates, hit the ice for the first time. “I grew up in the West end, in the Thorncliff area, right by West Edmonton Mall” explained Sandwith “back when we used to skate on outdoor rinks.” 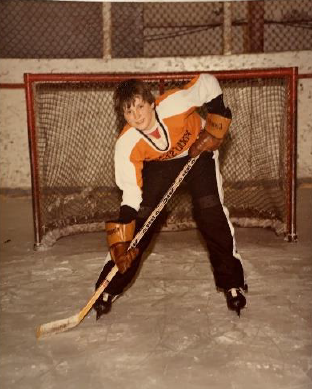 Despite his early start on the ice Sandwith never played on top teams. He played house league until 12 when he hit a growth spurt and his game also started to grow. “Everything just came together and I made Peewee A and things kind of just took off from there” said Sandwith “my coach knew a guy with Moose Jaw. I went to camp and they put me on their protected list. I skipped Bantam and went to Midget, Junior B and planned on going to university.”

…Apparently there were others who had different plans for the defenceman…

“I got traded to Tri-Cities and they flew me down on the owner’s private jet” chuckled the blueliner. “I signed and ended up playing for the Americans. Then I got drafted by Philadelphia in the 2nd round (42nd overall) in the 1990 draft.” 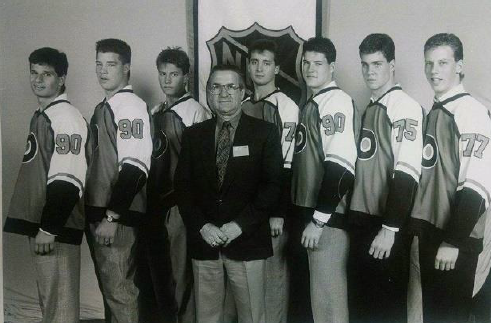 A high pick with high hopes of becoming a Flyer immediately. It never happened for the 6’4” – 210 pounder. He went back to junior, played in the American Hockey League and the now defunct International Hockey League but he never made it to the National Hockey League with Philadelphia. “I thought my career was over at 23. Then I got an invite to Canada’s national program and I was the last guy to make the team” explained Sandwith.

“Tom Renney rebuilt my game and I ended up signing with the Edmonton Oilers organization.” He started in Cape Breton and eventually moved with the  team to Hamilton. He was named captain. The Bulldogs went to the Calder Cup Final. Sandwith was playing the role of mentor but also wanted to live out his childhood dream of playing in the NHL and doing so with the Oilers. It finally happened during the 1997-98 season. “I got called up. Ron Low was the coach and I knew a bunch of the players including Bucky (Kelly Buchberger)” said the Edmontonian. “It was amazing getting the chance to play that first game in front of family and friends. The organization treated me very well.” Sandwith would go on to play a total of eight games with the Oilers.

He continued playing in North America but eventually went overseas. After stops in Ireland, Finland and Austria, Sandwith retired at the end of the 2002-03 season.

Life after hockey meant working in the family business, GS Construction, which handles the installation and replacement of water and sewer utilities for municipalities, land developers and commercial clients. It was started by Terran’s father Glen. The younger Sandwith graduated from York University’s School of Business and earned an Executive MBA from Queen’s. He then proceeded to begin his post hockey career from the bottom and work his way up the ladder. 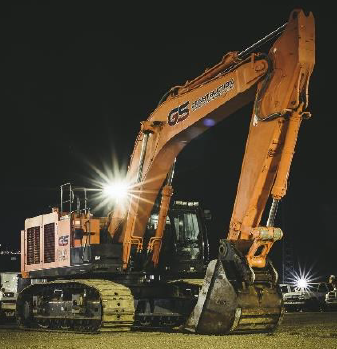 “I started in the trenches shoveling mud, laying pipe, running equipment”, explained the current GS Construction President. “In hockey (the same as in business) it’s important to show work ethic and earn respect so that you know exactly what people are going thru.” Starting with 10 employees GS Construction now employs 150 people. The community has been good to the company and the company (Terran) is being good to the community by joining the Sport Central Champions Club. “Anything to help out with kids and anything to do with sports” is how Sandwith explained he made his choice to donate the yearly $500 to become a member. “You want to do this for all the right reasons and the Champions Club ticks off all the right boxes.”

Considering he had a 10 year pro career and grew up at the rink it’s not surprising the 48 year old runs his business like a hockey team. Making sure people know their roles but still help each other out. Despite being drafted and playing in the NHL he never really found his place, or the success he was  looking for, in hockey. Transitioning from the sports world to the real world was challenging but the former Oiler is where he was meant to be and that’s at GS Construction. He “digs” where his life is at right now which includes the added role of becoming a member of the Champions Club. “I really appreciate being approached and having the chance to give back to people and especially kids” – explained Sandwith. “It makes you feel good. It makes you happy.”

Terran Sandwith and GS Construction “nailed it” by helping out the kids of Sport Central and “hammered home” the point by joining the Champions Club. 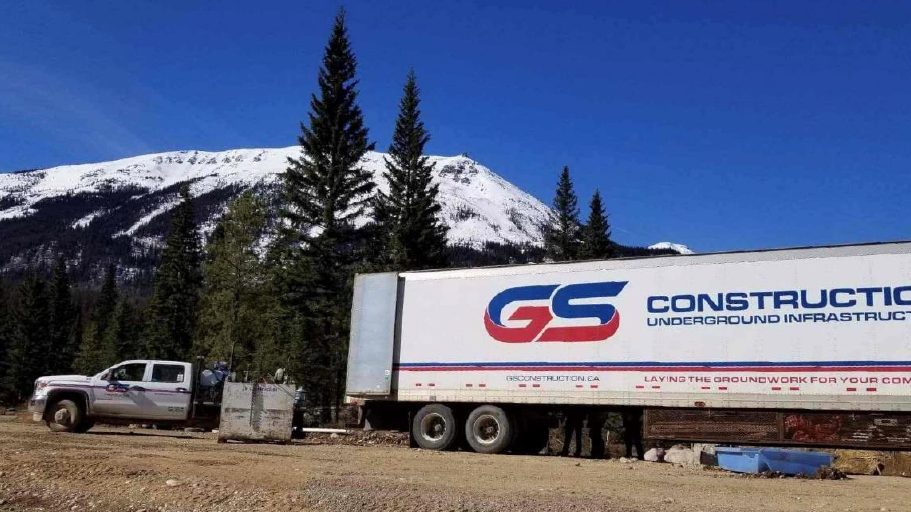