There is no graphic material in this story…well except for Cowan Graphics. The Edmonton business is celebrating their 75th year in operation. “My aunt and a friend named Bud Cowan (who eventually became her husband) first started the business in 1945” explains their nephew and current owner Blaine MacMillan. “In 1951 my dad got involved in the business. He bought half in 1969 and the other half in 1977. He died suddenly in 1985 and left it to six of his kids and his wife (our mom). During the time we were all involved in the family business supper table conversations were very eventful.” From there Cowan Graphics eventually landed in the hands of MacMillan who bought the rest of his family out and became the sole owner in 2008. 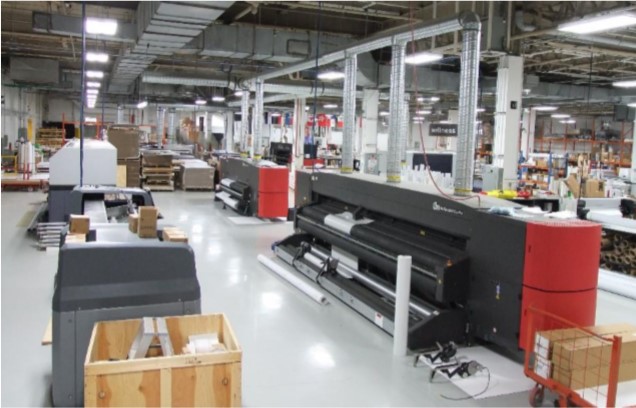 For Blaine it’s the only job he’s ever had and the history of the family business is tied to that of Sport Central’s. “Our company goes back all the way to the days of Tiger Goldstick who basically started Sport Central. Then we met up with Wilf Brooks” explained MacMillan. “Wilf (who we knew thru United Cycle) has a big heart, is a resilient guy and gets things done. We ended up supplying signage to Sport Central. We really supported the cause and the mandate of the charity when it came to getting kids involved in athletics.” Graphics ran in the family blood but so did sports. “As a kid I
played a lot of soccer and hockey. I had a hockey scholarship to go the U.S. in the late 70’s but decided to stay home” explained MacMillan “instead I went to NAIT and kept working in the family business where I had started when I was 12.”

When you’re a three quarter of a century old business it’s sometimes hard to teach an old company new tricks, but then along came the COVID 19 pandemic. Personally and professionally adapting to a new world became a “sign of the times” for Cowan Graphics.

“It was March 24th and I called a friend who runs a graphics company in California and they were starting to build face shields” is the way MacMillan described it “I thought we needed to do something as our work week had already been reduced by 25% and we had laid off 30 staff. I ended up buying enough raw materials for 100,000 shields before having sold even one.” That was just the beginning as Cowan Graphics continued buying materials to make even more PPE (Personal Protection Equipment). Within two and a half weeks they had sold 1.4 million face shields.

While having to run their business, Cowan also found time to help out others in need through the pandemic. “It was tough keeping up with the demand and we were approached by Grant Lovig and the Salisbury United Church to see if we could help each other out” said MacMillan. “We ended up giving them enough parts to build 50,000 face shields and they made $20,000 for their efforts.” As has been often said during this pandemic, we’re all in this together, and this was a perfect example of it. 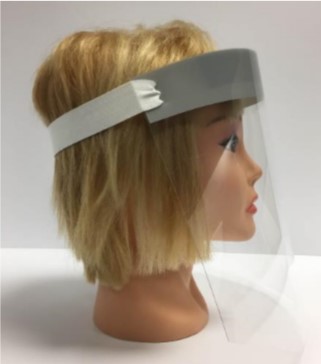 Blaine MacMillan isn’t ready to retire but he is ready to share the business. He’s in the process of selling 10% to each of his right hand men, Jason Bamford and his son Dustin. Helping out in the community runs in the MacMillan family as Dustin volunteers with the Sherwood Park Kings Athletic Club and has also played in the world’s longest hockey and baseball games. With a long standing connection to sports and Sport Central the newly founded Champions Club was an easy sell. Blaine MacMillan, on behalf of Cowan Graphics, said sign me up for the $500 a year donation. “Why wouldn’t I get involved with the Champions Club?” asked MacMillan “it’s something we talked and heard about for some time. It really teaches kids good habits, which leads to good people and a great community. I think the Champions Club will provide a great product when it comes to the kids and it will really help out. It helps the culture of our city. It (Champions Club) is a wonderful and meaningful program and it allows the kids to focus and set goals through sport. I hope my peers in business will join me in supporting this worthwhile program”

Blaine MacMillan and Cowan Graphics are making their “imprint” on the Champions Club and Sport Central.